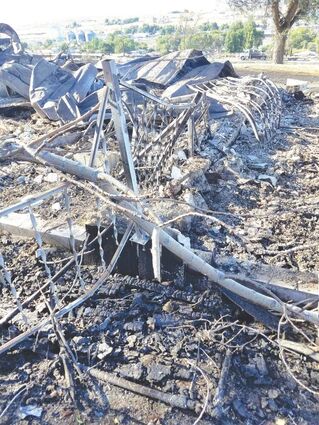 Bernie Reid | Special to The Journal

Reduced to ashes Bernie Reid of Lind took this photo of the remnants of his grandmother Mina Motley's home after it was destroyed by a wildfire.

ODESSA – Lincoln County firefighters and volunteers were there to assist with a wildfire the Aug. 4 Lind Fire that prompted evacuation notices Aug. 4.

Walter said it was a team effort to stop the blaze from spreading.

"Our hearts go out to the families who lost their homes," Walter said.

The fire destroyed six houses and eight other structures and burned about 2,500 acres.

Walter said farmers also brought their own personal water trucks to help with the fire....