Arrest made in theft 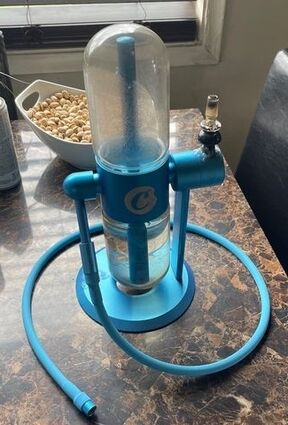 This smoking device was allegedly stolen from Big B Truck Stop.Q

TOKIO – A Moses Lake-area man was arrested May 19 in connection with a theft at Big B Truck Stop on April 27.

Andrew M. Packer, 32, was arrested and booked into the Adams County Jail for third-degree theft and other active Adams County warrants, records show.

His arrest follows an April 27 reported theft at the truck stop at the Tokio-Interstate 90 interchange.

Deputies responded to the truck stop for a reported theft of a smoking device, valued at $500, records show. Subsequent investigation identified the suspect as Packer, who has ties in the Moses Lake area.

According to police report...