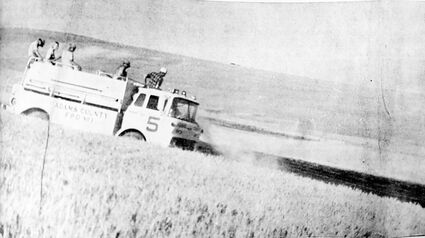 In a bold escape at about 6:45 last night Tom Moran, an ex-convict, held in the county jail on a charge of attempted assault, made a break for liberty and so far has not been apprehended. He cut the two inch steel bar of the jail door with a hacksaw. Moran is regarded as a desperate character and every effort is being made by the officers to recapture him. Officers in all the surrounding towns have been notified.