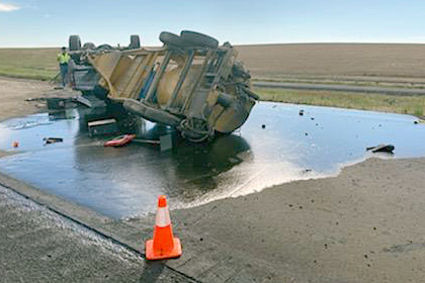 LIND - A day after an oil tanker crashed on U.S. Highway 395, law enforcement are dealing with a second incident.

U.S. Highway 395 northbound was closed at Milepost 78 at about 4 p.m. after an asphalt truck overturned, the state Department of Transportation said Friday afternoon, June 19.

The closure began shortly before 4 p.m. and remain in place until further notice, officials said.

Motorists were advised to use state Highways 21 and 26 to get around the crash scene.