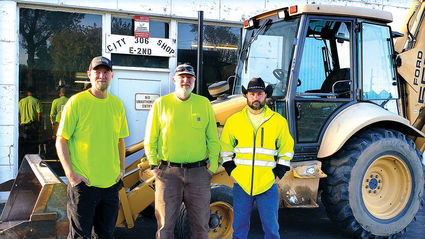 The two were chosen out of four applicants, officials said.

Mayor Paula Bell reported on an executive session last month that gave council members the opportunity to review the applicants.

According to city officials, Councilwoman Rose Elkington suggested hiring Stinnett, as she was impressed with his military background and "ambitious attitude."