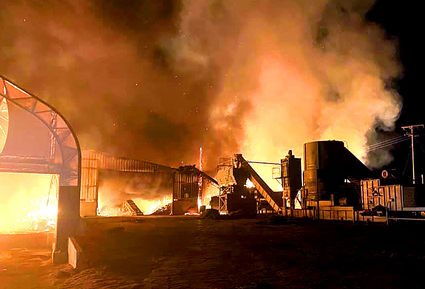 A hay barn and other structures burn on Sagehill Northwest early this morning. The fire remains under investigation.

BASIN CITY - Fire crews were dispatched to Sagehill Northwest about 12:30 a.m. today for a reported fire.

Officials said the hay continued to smolder this morning.

The fire remains under investigation.