One dead in Ritzville shooting 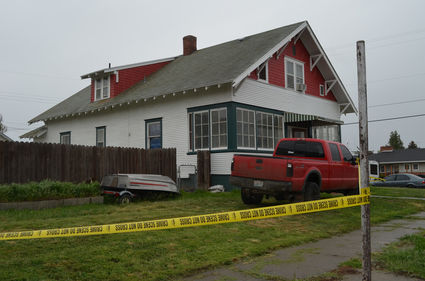 This home at the corner of 7th Ave and Washington Street in Ritzville was the scene of a homicide early Thursday morning, May 14.

RITZVILLE -- One person is dead in an early morning shooting here at a home at 109 West 7th Avenue, on the corner of 7th and Washington Street.

According to Adams County records, the home is owned by Walter Glen Ivy, Jr.

Dispatchers received a call at 5:39 a.m. from a neighbor who heard gunshots, he said. Officers arriving on scene found one person deceased.

A Washington State Patrol Crime Scene Lab is currently on the scene.