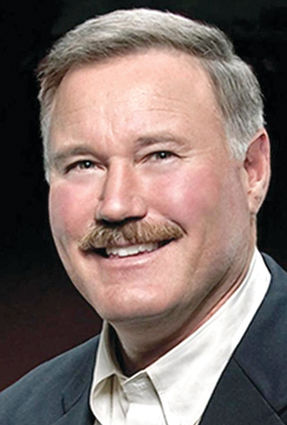 That was the reaction from Franklin County Commissioner Clint Didier earlier today, March 12, after a King County judge vacated most of a previous injunction on Initiative 976.

That injunction has prevented the $30 car tab initiative from going into effect statewide.

I-976 generally limits all car license tab taxes and fees to $30 for non-commercial vehicle. On Nov. 5, 52.99 percent of voters statewide approved the measure. It also requires vehicle value to be assessed based on Kelley Blue Book valuation.

Voters in all 20 Eastern Washington counties overwhelmingly backed the measure. Grant County led the way, with 72.84% percent of voters calling for a cap on taxes and fees on vehicle licensing.

Despite the judge's ruling today, voters will have to wait until March 27 for the $30 car-tab limit to kick in, as Ferguson gave those suing to block the voter-approved measure time to argue again that I-976 should not be allowed to take effect. The ruling did not address refunding money to motorists who already paid higher taxes and fees due to the now-vacated injunction.

Ferguson's order today severed sections of the measure were tied to the car-tab tax and fee revenues that have already been pledged for transportation improvements in King County. Those are the sections that also related to Kelly Blue Book valuations.

The State Attorney General's Office had initially been called upon to defend the measure from the city of Seattle, King County and other governmental agencies suing to block the will of the voters.

After Attorney General Robert "Bob" Ferguson's staff stumbled in the defense, Didier, of Eltopia, intervened personally on behalf of voters statewide to try to overturn the injunction.

His move came after fellow Franklin County Commissioners Brad Peck Robert Koch refused to back Didier's call to intervene as a county. During a public meeting, Peck even called Didier's attempt "illegal."

Taking a cue from Didier, the Pierce County Council moved to intervene, as well. They were joined by initiative proponent Tim Eyman, who had been calling for Attorney General Bob Ferguson and Judge Marshall Ferguson - no relation - to step down due to conflicts of interest.