Initial city-sponsored survey results cause of contention among councilmembers 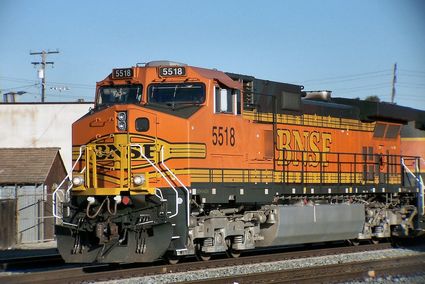 A Quiet Zone was one of the issues included in a city-sponsored survey that was sent out to Ritzville residents and organizations.

City of Ritzville Clerk-Treasurer Julie Flyckt disclosed partial results to an ongoing city survey that asks about many local issues at the city council meeting on Nov. 19. The results provide a glimpse into where the city's residents and businesses stand on several hot-button issues.

The city has dispersed the stakeholder survey via mail and email in an effort to gain public feedback that city officials plan to use when "establishing future budget goals that align projects with the needs of our community," according to a letter from Mayor Gary Cook.

At the Nov. 19 city council meeting, Flyckt said that 798 surveys have been dispersed, and the city has received a 15% response rate thus far, or about 120 returned surveys. About 75% of those responses have returned via mail, with the other 25% of responses coming via email. The city used SurveyMonkey to conduct the online survey.

When asked how they would rate the quality of life in Ritzville, 12% of respondents selected 'excellent,' the top answer, according to Flyckt. About 59% of respondents chose the second highest answer, 'good,' while 28% selected 'just fair.'

CITY SURVEY continued on Page A-6

The survey also asked specifically about several city services and how important--or unimportant--it was to maintain those specific services.

The city also asked about the importance of providing adequate parks and recreation facilities. About 45% said it was extremely important, 43% said it was very important and 12% said it was somewhat important.

The survey also gauged public support of hot-button issues in Ritzville, such as designating the city as a quiet zone. About 41% of respondents said it was either extremely or very important for the city to be designated as quiet zone, with an additional 23% saying it was somewhat important. The remaining 36% said it was not important at all.

"I think it tells you how hard these topics are, because the community is just divided," said Flyckt. "But we'll see where it lands [when all of the responses are counted]."

"I know that people on the hill don't give a hoot about a quiet zone, most of them," said Weigand.

Dennis Chamberlain, who is in favor of designating Ritzville as a quiet zone, responded that the council shouldn't want to split the town up into separate areas like that, saying "we're all one town."

"Well you must live in a different town, but I live in Ritzville," responded Chamberlain.

Flyckt said that the city can look into providing more demographic information when it disperses the survey in the following years.

One of the survey's sections also gauged residents' satisfaction with current services provided by the city, such as neighborhood police patrols, attracting and retaining local businesses, restoring historic buildings in downtown Ritzville, and providing community events.

In regard to respondent satisfaction with neighborhood police patrols, 31% are very satisfied, 38% are somewhat satisfied and 23% are neither satisfied or dissatisfied.

When asked how satisfied they were with the city's current level of attracting, training and retaining qualified police officers, 61% of respondents said they are either very or somewhat satisfied. About 23% said they are neither satisfied or dissatisfied. The yet-to-be approved 2020 budget includes funds to hire an additional police officer at the Ritzville Police Department.

Flyckt is expecting at least another 15% of those who received the survey to respond, meaning the overall number of respondents should double. Councilmember Debbie Chapman suggested shortening the survey, which is 11 pages in length and asks a total of 72 questions, in the future.

"We hope [these results] will help you maybe with the thought-process for the current budget," said Flyckt.