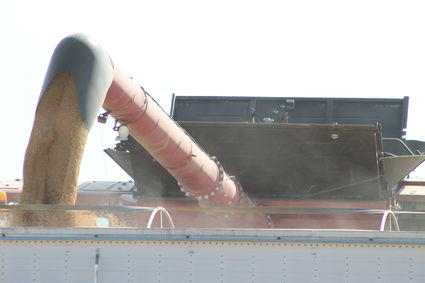 A combine unloads into a semi truck, getting ready for transportation to the grain elevator during this year's harvest. The new trade agreement between the U.S. and Japan will lower tariffs on wheat and no longer put Pacific Northwest wheat growers at a disadvantage to Japan's other trade partners.

A bilateral trade agreement between the United States and Japan provided some much needed good news for Adams County and Pacific Northwest wheat growers after several years of worsening global trade conditions.

The deal was announced by President Donald Trump and Japanese Prime Minister Shinzo Abe at the United Nations General Assembly in New York City on Sept. 25. The agreement lowers tariffs for agricultural goods, among other things.

The deal became necessary after the Trump Administration pulled the United States from the Trans-Pacific Partnership in 2017, putting Pacific Northwest whea...