New principal, who previously taught in Warden and Quincy, excited to meet students 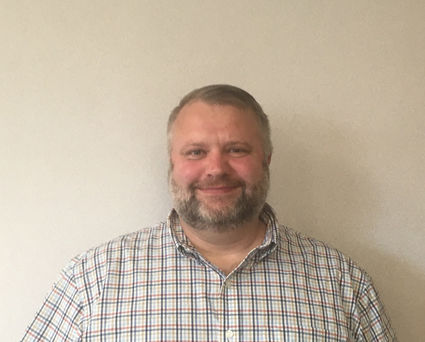 The first day of school can be stressful for anyone, especially for someone starting at a new school. Meeting new people and learning a lot of new names can add to the already present stress of adjusting to a new school routine.

When Lind Elementary School and Lind-Ritzville Middle School students go to school this fall, they won't be the only ones going through the new school experience. Principal Darrell Lembcke will be also having his own first day of school.

Lembcke–who was previously the dean of students for the Warden School District–was hired to replace Cindy Deska, who will be taking over the Ritzville Grade School.

After graduating high school, Lembcke spent 10 years in the U.S. Army. After leaving the Army, he enrolled at Eastern Washington University with the intent of entering the business world before quickly changing his mind.

"I realized that really wasn't for me," Lembcke said. "It didn't excite me. So I changed my major at Eastern and became an education major."

Lembcke graduated from EWU in 2006 and began teaching in Quincy, which is the largest area he has taught in. After Quincy, he moved on to teach in Warden. He says he prefers small towns and small schools.

"The thing I loved about Warden-and I know Lind-Ritzville is going to be the same way-is I knew every kid," Lembcke said. "That's what's important to me. You have that ability to reach all the children coming through your school. In Quincy I knew most of the kids, but not all of the kids."

He also likes the students he gets to work with in small towns.

"Small towns have some of the best students," Lembcke said. "They don't get caught up in some of the things that larger, urban school districts have."

After teaching in Warden for a few years, he went overseas and taught at the Awsaj Academy in Doha, Qatar, for two years. He then returned to Warden.

Lembcke has 13 years of classroom experience. Recently, he started thinking about moving into administration. Midway through the last school year, tragedy moved him into an administration role when Warden High School Principal Christopher McKnight died from injuries suffered in a car crash.

The experience was difficult for Lembcke.

"He was my best friend for 40 years," Lembcke said. "It was traumatic for our school. They asked me to step in and take over for his role."

Lembcke took over his responsibilities as the new dean of students. He says he was going to go into administration at some point anyway.

"I think good teachers work really hard to impact their classroom," Lembcke said. "But you can really only impact 25 kids at a time. I felt like I was really successful at that role ... and I really wanted to take that to a bigger level. My goal is always to make my school a better place. Make it welcoming. Make it the best it can be. As a principal, I think I can do that."

Giving up teaching will be difficult for him though.

"Oh I'll miss teaching, Lembcke said. "I love teaching. I'm a math teacher. So I'll miss it. But I'm ready for that next step and to do all those things I did in the classroom but at a larger level."

Lembcke says his focus for his first year is to get to know the community, his students and their parents. He says Deska has been very helpful during the transition and that it's nice that she will still be in the district.

"Cindy has been wonderful," Lembcke said. "And she'll be there to help me through the transition. Everyone in Lind-Ritzville has really been wonderful."

Lembcke says he is especially excited for the first day of school.

"I can't wait to meet the kids," Lembcke said. "I mean, that's why I do what I do. I love kids. I'm looking forward to the excitement. The excitement of the first day of school for kids, for teachers, for principals and for parents. It's great."