LRHS junior to blast off to aerospace residency in Seattle 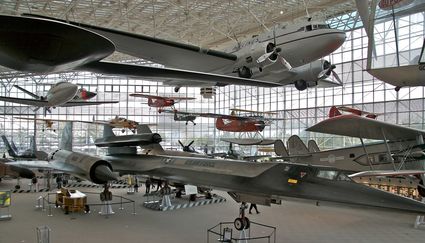 The Museum of Flight, located at Boeing Field in Seattle. Jessica Heater, a Lind-Ritzville High school junior, will be attending a seven-day residency at the museum as part of the Western Aerospace Scholars' Summer Residency Program.

Lind-Ritzville High School junior Jessica Heater doesn't yet know what she wants to do with her future, but she says she's never thought much about space.

She's thinking plenty about it now, ever since she was chosen to take part in Western Aerospace Scholars' Summer Residency Program.

The WAS is a two-phase learning program put on by the Museum of Flight in Seattle in partnership with the University of Washington. The program accepts Washington, Oregon and Montana students.

According to the WAS website, "The online curriculum is a University of Washington college course focused on NASA's s...