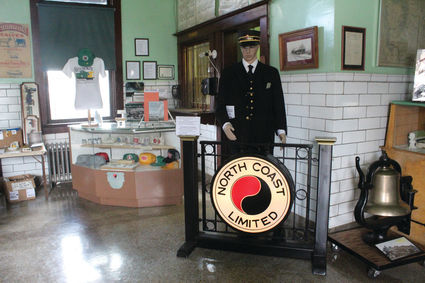 The newest addition to the Northern Pacific Railway Depot Museum in Ritzville is a conductor's uniform, sported by the above mannequin. The uniform was donated by the Inland Northwest Rail Museum.

The Northern Pacific Railway Depot Museum in Ritzville has unveiled a new addition to its storied history, thanks to a generous donation from another regional museum.

The addition, announced by museum curator L.R. Keith, is a Northern Pacific Railway conductor's uniform that is in mint condition. The uniform was donated by Dale Swant of the Inland Northwest Rail Museum in Reardan.

The Depot Museum first inquired about the possible donation of the uniform at a model train show earlier this year in Spokane. As it turned out, the INWR had an extra uniform, and Swant delivered the uniform to th...