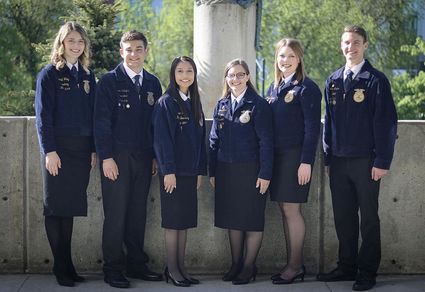 The Washington FFA Association elected new state officers during the final session of the state convention in Pullman on May 11, and Adams and Lincoln County are well-represented by the new officers, to say the least.

Wheeler was overcome with emotion after the news was announced, as the members in atten...