First loss of the season

WSU falls to Arizona in double-overtime 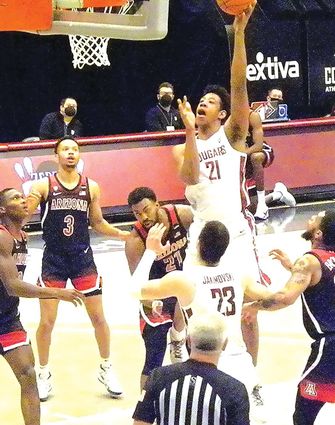 A ball thrown off an opponent’s thigh to save a possession? A tip-away steal on the dribble in the last minute of regulation? The lingering effect of a technical on WSU coach Kyle Smith an hour-and-a-half earlier?

None of the above – it was a banked-in three-pointer from the top of the key, Arizona winning 86-82.

The silence that followed in the no-fans-allowed Beasley Coliseum was expected, if not emphasized.