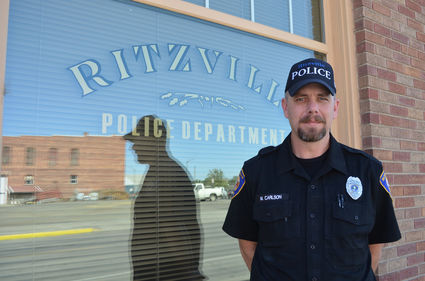 RITZVILLE – Local police officer Matt Carlson put himself in the right place - just in time - when a call for back-up was put out by the Washington State Patrol late Saturday night, Aug. 22.

Trooper Cody Pierce was on a traffic stop on westbound 1-90 about three miles east of Ritzville, when an armed, 19-year-old driver allegedly become violent; resulting in a multi-agency response.