Washtucna man killed cleaning up property after the storm 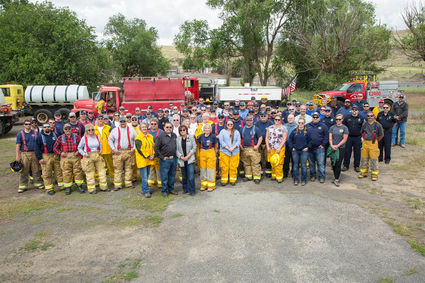 Firefighters and emergency personnel from around the region gathered in Washtucna Saturday, June 6, to honor fallen fellow firefighter Garth Blauert.

WASHTUCNA - A local man was killed while attempting to remove a downed tree from his property June 1.

A 28-year veteran of the local volunteer fire department, Garth Blauert, 58, was cleaning up debris from the May 30 storm that crossed Eastern Washington bringing torrential downpours and high winds.

According to the Adams County Sheriff's Office, the accident took place in the 1800 block of east state Highway 26 around 1:30 p.m. Monday, June 1.

Blauert was pronounced dead at the scene, according to the d...