Committee formed after $250,000 set aside by state for east-west rail passenger system study 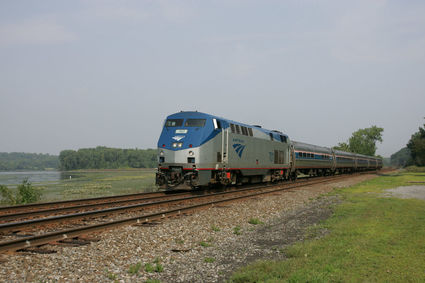 An Amtrak train in service. Ritzville Mayor Gary Cook recently announced the creation of an Amtrak Committee, which comes after the state set funds for a study on the feasibility of an east-west intercity passenger rail system in the 2019-21 transportation budget.

Mayor Gary Cook announced the creation of an Amtrak Committee at the Ritzville City Council meeting on July 2, which comes after the state set aside funds to study an east-west passenger rail system earlier this year.