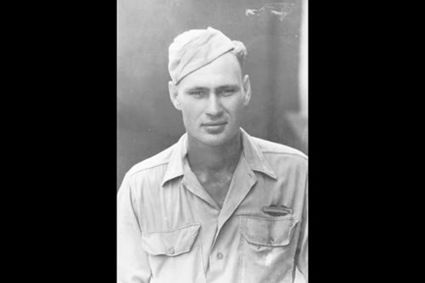 Marion E. Beck formerly of Milton-Freewater passed away on June 10, 2018 at the Walla Walla Veterans Home at the age of 96 years.

Marion Edward Beck was born on September 27, 1921 in Mabton WA to Chester and Bernice. The third of four children, Marion spent his childhood in Bickleton WA, Pilot Rock OR, and Ione OR before his family settled in Hermiston where he graduated high school in 1940.

In April 1943, Marion entered the service under war time draft and served with the 186th Infantry 41st Division under the Oregon National Guard. He served in the Philippines and then went to Japan for occupation until his discharge in 1946.

Upon his discharge, Marion began his career as a mechanic, eventually working on agricultural equipment and large trucks with Dayl Graves until his retirement in 1981.

In 1948, Marion met and married his one love, Elsie. While they did not have children together, he helped her raise her 2 sons, a granddaughter, and a great granddaughter.

In 1953, they moved to Milton Freewater where they would live out the rest of their lives together until Elsie’s passing in 2005.

Even though they both held jobs in town, they loved to farm and ranch, owning many horses and maintaining a u pick strawberry patch until 1990. They both loved road trips, and over the course of their years together would travel to National Parks and scenic areas.

In their twilight years, they enjoyed road trips to Las Vegas to enjoy their love of gambling together. Marion was proud to be a descendent of those that helped organize the Pendleton Round Up at its conception in 1910 and would always be sure to attend the rodeo circuit as much as possible every year.

Marion continued to live in Milton Freewater until 2015 as health failed, enjoying weekly trips to Wildhorse Casino and the rodeo circuit with his great granddaughter Amy, who took care of him after his health began failing.

Graveside services will be held at the Milton Freewater Cemetery on Tuesday, June 19, at 1 PM. Flowers may be sent to Munselle-Rhodes Funeral Home 902 S. Main, Milton-Freewater, Oregon. Those who would like to attend services are requested to wear blue rather than black.

Contributions may be made in memoriam to Tamastslikt Cultural Institute in care of the funeral home.