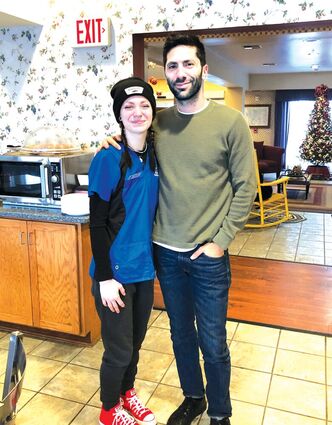 Nyleana Bailey,left, and Nev Schulman are the host and producer for the program.

RITZVILLE - The MTV production team has chosen a South Washington Street home to film scenes for an upcoming reality show.

One of Music Television's main participants was in Moses Lake.

Because the production crew planned to fly into Spokane, they were reluctant to drive two hours to shoot a few scenes.

So, the crew chose Ritzville as a more convenient filming location.

In mid-November, producer Marcus Jones traversed the streets of Ritzville to scope out locations for the show.

After a weary day of searching, he checked into the Best Western Bronco Inn.