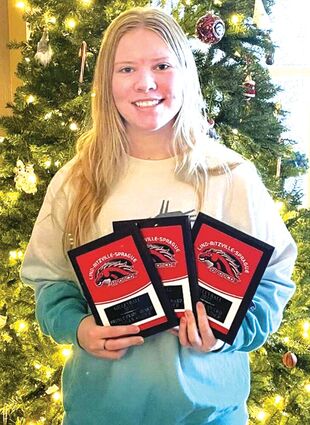 RITZVILLE — Four local girls were recognized recently for their play in Northeast 2B league volleyball.

Claire Wellsandt, bottom right, was named the Most Improved Bronco.

Gablreath was also the Bronco Player of the Year and the Northeast 2B league’s Most Valuable Player.