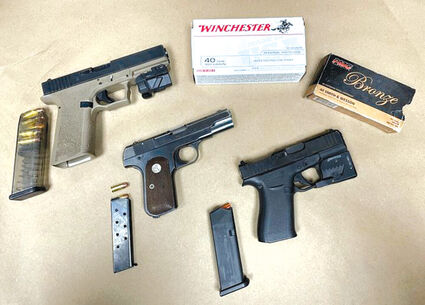 Shown at right are the guns found to be in the teen's possesssion.

OTHELLO - A local teenager arrested in connection with a Nov. 16 shooting at a convenience store is being held on $1 million bail in Martin Hall juvenile detention in Cheney.

The boy, whose name has yet to be released by authorities, was booked into the detention center for first-degree assault and second-degree unlawful possession of a firearm.

With life-threatening injuries, the victim, whose name also has yet to be released, was taken by priv...