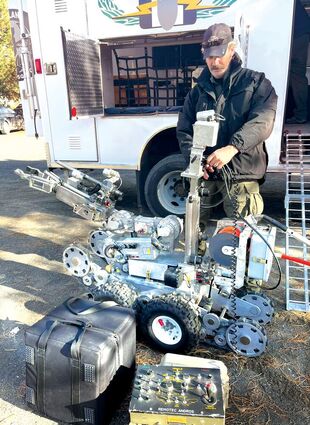 A technician readies a robot to assist with disposal of a possible explosive device in Othello.

OTHELLO – The bomb squad responded to a house Wednesday, Nov. 2, after deputies discovered a suspicious device while searching for a wanted man.

The device was discovered in the 300 block of Reynolds Road, Sheriff Dale Wager said, noting deputies were searching for Nicholas Romero-Rivera, 34, of Othello.

He is accused of being involved in a Friday, Oct. 28, domestic violence incident in which a saw...