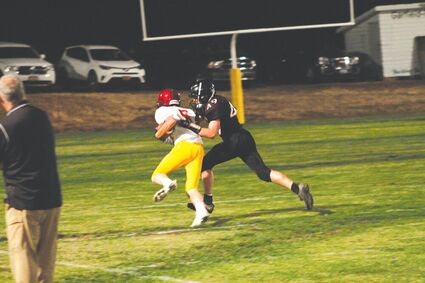 ST. JOHN – It took four overtimes for the Eagles to upend a winless Garfield-Palouse football team, 54-48, in a Class 1B matchup Friday night, Sept. 23.

"That was wild. I don't know if I've ever coached an overtime football game," Garfield-Palouse Coach Garrett Parrish said.

It was the second time the teams met this season already. In a Week 1 matchup, the Eagles routed the Vikings, 55-0.