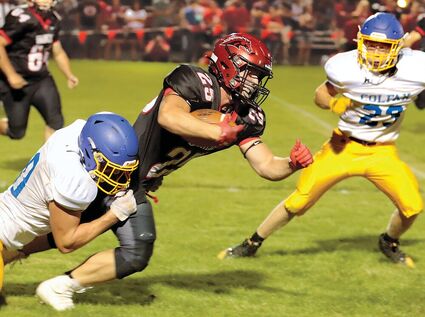 The win was the first for Broncos Coach Brian Bermea, who assumed the lead role on the senior-laden team in July after Greg Whitmore was hired as superintendent of the Entiat School District.

Prior to this season, Bermea was an assistant coach for the Tonasket Tigers.

"I feel like the guys came out and performed well enough," Bermea said. "We've got to do a little bit better. I'm really happy with our performance overall, but...