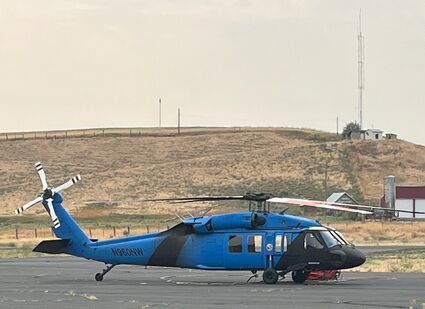 On Friday, the helicopter dropped hundreds of gallons of water on the nearby Wagner Road Fire in Whitman County, and the Ritzville airport was their closest refueling stop.