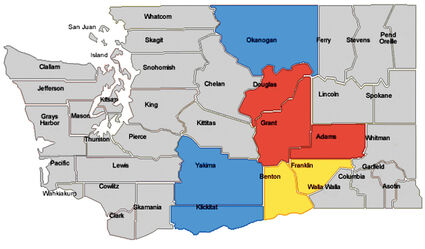 OTHELLO – Incumbent Dan Newhouse appears to have eked out a narrow primary election win in the contest for the 4th Congressional District seat.

But he only had the support of two counties - Benton and Franklin - in the district that includes portions of eight counties. The remaining counties went to political newcomer Doug White or former gubernatorial candidate Loren Culp.

As of Friday, Aug. 12, Newhouse, running as a Republican who has been censured by most Republican committees in the 4th Congressional District, had received 37,636 votes, or 25.46%, to lead the race district-wide.