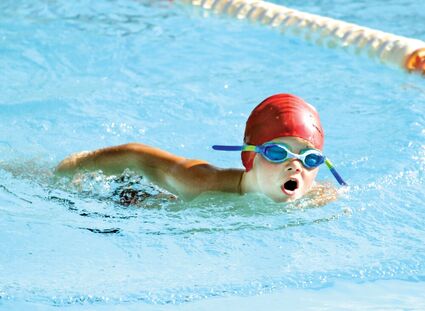 A St. John-Endicott-LaCrosse-Washtucna swimmer competes in the butterfly last week in Colfax. For results of the swim meet.

In girls results, SELW beat Colfax with 228, with the Bullshark girls following at 215. With GPOP girls coming in at 164 points.

Colfax boys took the lead with 241 points, followed by SELW in second at 184 points, and the GPOP boys coming in at 152 points.