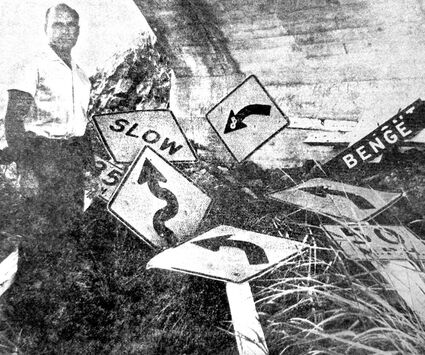 A photo from 50 years ago – Here's a collection of dams County road signs taken down by persons unknown and cached beneath a bridge near Pizarro. Sign department foreman Roy Klein said his department's finding of the cache was a pure accident.

Census reports of children of school age have been received by the county superintendent for the school districts of Adams County and the totals show a decrease over those of 1921.