Steel plate likely cause of I-90 fatality 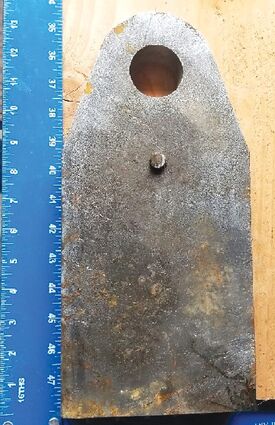 This steel plate crashed through a window of a Ford pickup on April 13, killing driver Thomas M. Hosford, 73, of Eureka, Calif.

RITZVILLE – Investigators from the Washington State Patrol are looking for help determining the origin of a steel plate, and how it came to be a factor in a fatal incident on Interstate 90.

Thomas M. Hosford, 73, of Eureka, Calif., died at the scene about 8 miles east of Ritzville in the 3:16 p.m., April 13 crash, the Washington State Patrol reported.

Hosford was westbound in a 2000 Ford pickup on Interstate 90 when his vehicle entered the median "before vaulting off an embankment," the patrol reported.

The vehicle came to rest on Hills Road, where it crosses underneath I-90, the patrol...