Local girls win one against Davenport 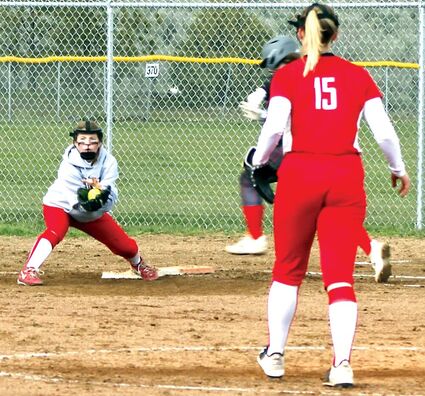 A Bronco base runner is thrown out at first base.

SPANGLE – The Lind-Ritzville/Sprague/Washtucna girls fastpitch softball team (2-7) was shut out in a doubleheader at Liberty (Spangle) on April 12.

The first game ended 15-0. Jaidyn Stephens tossed a perfect game and registered her 300th career strikeout in the win for the Lancers.

And Megan Melcher had hits for the Broncos.

The double header with Davenport was moved to Ritzville, April 15, because of the condition of the field in Davenport.

The local girls split with the 1-5 Gorillas, losing Game 1...