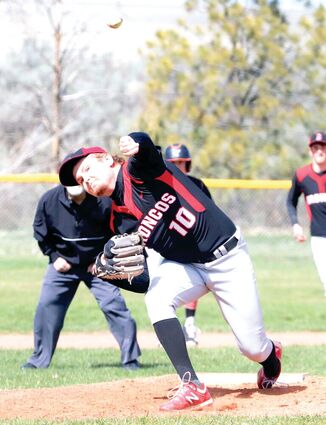 The first game ended in a lopsided score of 20-8, with pitcher Owen Telecky taking the loss.

Brody Boness hit a home run in the losing effort.

The late game was closer, but the Broncos fell 9-5.

Chase Galbreath took the loss on the mound. The Broncs (4-4) are winless in league play at 0-4.

Next on the schedule, the Broncos travel April 12 to Liberty (Spangle) for an afternoon doubleheader.