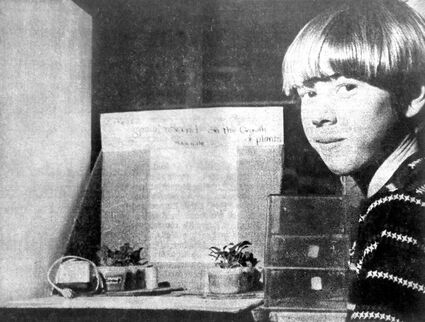 A photo from 50 years ago – The Case of Speedy Radishes: A low humming sound in a plastic chamber where radishes grew for 21 days speeded up their growth more than 50 per cent, reports youth scientist Mitch Hille.

Lincoln and Adams county officers have been hitting the trail hot for a week running down violations of the liquor laws.

In this county, five out of seven warrants issued resulted in arrests and the in Lincoln County 8 out of 14. The officers of thie county aided each other in carrying out the campaign which was directed particularly against parties in the western and norther part of this county and in the Odessa country.

Con. S. Heimbigner was fined $50 and costs on a charge of having hard cider in his posse...