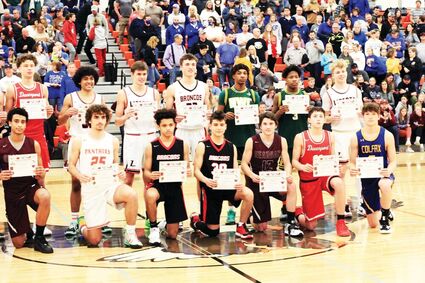 And seniors Dakota Killian and Sydney Kinch were named to the NE2B girls All-League Second Team.

In addition to the basketball honors, The NE2B and state wrestling coaches voted Lind-Ritzville/Sprague Coach Jason Hilzer as the Wrestling Coach of the Year.

Hilzer has been battling leukemia since July 2021 and is currently undergoing a bone marrow transplant in Se...