By Drew Lawson
The Davenport Times

District 7 2B Tournament second round turns out one upset 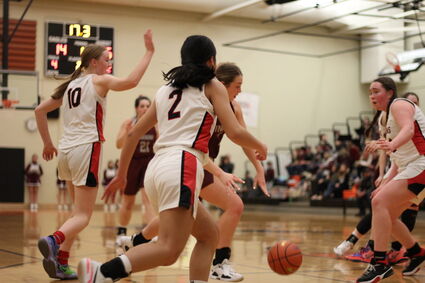 Spokane Valley--The second round of the District 7 2B Tournament featured two overtime contests, mostly expected results and one surprising result that affected the outlook of the girls' bracket. All higher seeds won Thursday, with the exception of the Reardan girls pulling off an upset victory over St. George's in overtime that sent them into the district semifinals and the favored Dragons into a loser-out scenario.

Locally, the Davenport boys survived St. George's in overtime by the skin of their teeth to avoid becoming upset victims themselves. The Reardan boys met the fate most are all...