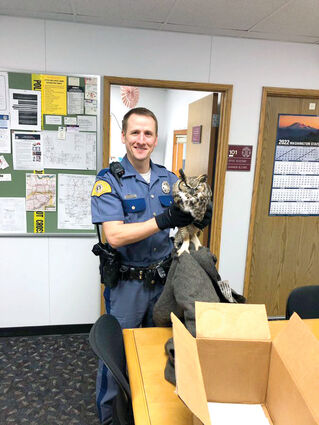 According to the patrol, Trooper Tylock located and captured an injured owl on the side of Interstate 90 near the city.

Also on Thursday, Trooper Barrett found an injured hawk along state Highway 231 near the town of Sprague, the patrol said. The hawk had a state Department of Fish and Wildlife tag on its leg.

Both birds were transported to Ponti Veterinary Hospital in Otis Orchards for treatment and rehabilitation, the patrol said.