By Matthew Stephens
The Journal 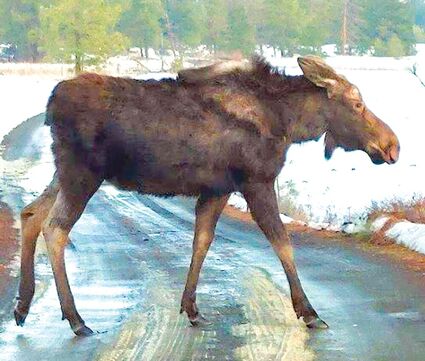 Moose crossings are common in this area, and drivers should be wary during the winter season when low-visibility conditions effect the roadways.

MEDICAL LAKE – A Ritzville man has died Jan 15 from injuries he sustained in a crash with a moose on Interstate 90 three days earlier.

According to the patrol, Brodie died from injuries he sustained in a 6:18 p.m. crash Jan. 12.

Brodie's 2010 Mazda 3 was westbound on the interstate with passenger 60-year-old Elizabeth H. Glazatcheff, also from Ritzville, when their vehicle struck the moose near Milepost 264, the patrol said.

The moose had walked onto the intestat...