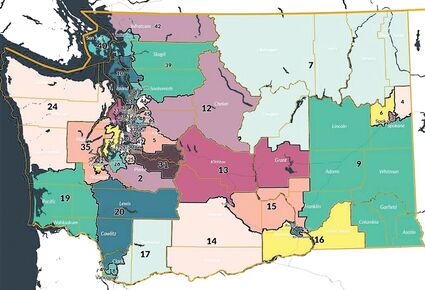 The map shows the proposal for new legislative districts in Washington state.

The decision follows a failed attempt by the Redistrict Commission to reapportion the state in the wake of the 2020 Census. And it means that the maps previously submitted by the commission will likely be the establishing documents for new legislative and congressional districts.

If the maps are retained, Franklin and Adams Counties will be split between legislative districts.

Currently, both fall within the 9th Legislative District, represented by Sen. Mark Schoesl...