Estimated 6,010 workers outside of farming 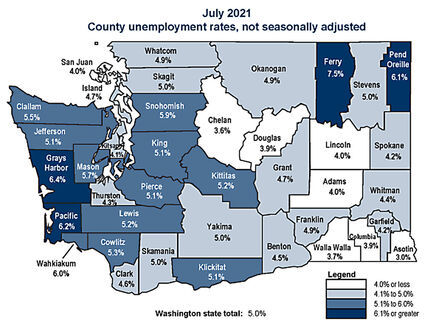 RITZVILLE – Adams County holds record among the lowest unemployment rates in the state during the month of July.

According to figures released last week by the state Employment Security Department, the unemployment rate for Adams County was 4.0% in July.

That rate was tied with neighboring Lincoln County as the sixth lowest rate among the state's 39 counties.

To the east, neighboring Whitman County had a 4.4% unemployment rate, data shows. To the west, Grant County h...