Dinner and show a success 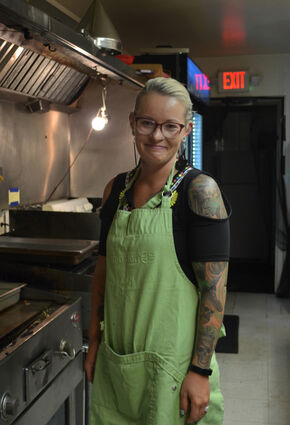 Hernandez said she fixes tacos at the Eagles about once a year.

"I've never been around for one of Krystal's taco dinners, but this was outstanding," Eagles Truestee Bill Sager said after Friday night's dinner.

Hernandez was assisted by prep cook Brittney Giulieri, Janae Lawson and a host of volunteer servers.

Comedians Daryl Burns, Nick Theisen and Don Parkins from Plum Ugly Comedy of Spokane took to the stage an...