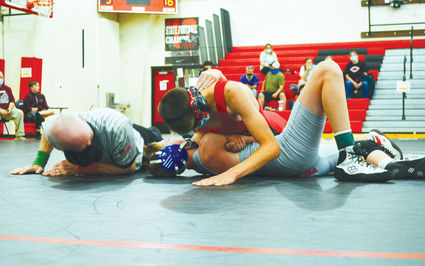 Brandon Davis pins Reardan's Noah Hamilton in the third round.

Wrestling for the Broncos was Brandon Davis at 126 pounds, and Gabe Smith at 195 pounds.

In a match in against Chewelah's Justice Acosta in the 138 pound weight class, Davis was pinned in the first round. Davis went on to pin Reardan's Noah Hamilton in the third round.