Broncos lose one, win one in the diamond 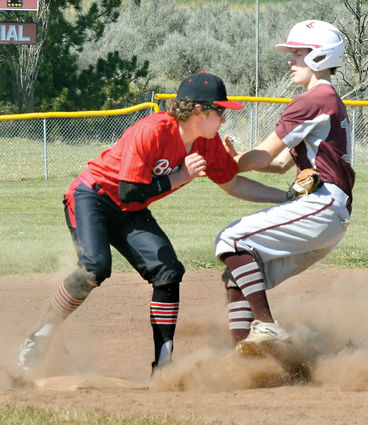 Carson Ayers defends third base against a Reardan runner in the first game of a doubleheader Saturday, April 17.

RITZVILLE - The Reardan Indians traveled to Ritzville to face the Broncos in a double header on the Bob Heider Memorial Field Saturday, April 17.

Broncos on the mound for the first game were Owen Telecky for five innings and Chase Galbreath for two.

"We're still a pretty young team, with pretty inexperienced pitchers. We've got just a couple pitchers who have pitched before," Lind-Ritzville-Sprague Head Coach Jason Hilzer said. "We had a couple mental errors which cost us a couple runs in the fi...