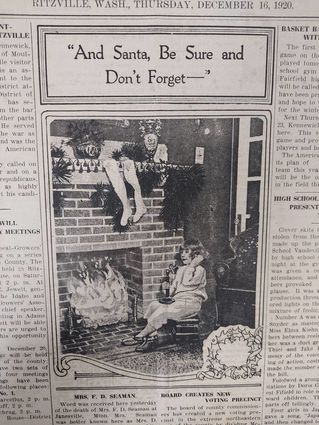 SAYS STORY WAS A FAKE

John J. Burfiend and bride arrived home from New York December 3. John says the big story sent out by a New York reporter and copied in western papers was a fake. The story told that after going east to claim a bride, he and the lady fell out, only to have him strike a match with the girl’s sister. John says that he married the girl he went back to marry, and that he is at a loss to understand where the story started. At any rate, he has brought back a charming bride and his many fri...