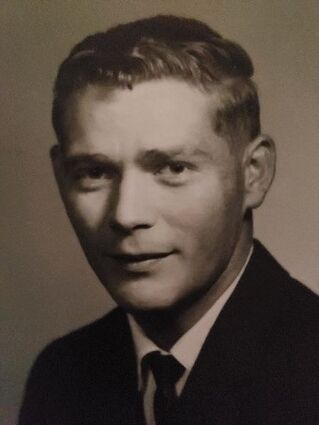 He was born in Napa, Calif., on May 28, 1942 to Rollo and Doris Kent. He is survived by his wife Carol of 55 years, his children Kenny (Pam) Starring of Spokane, Lori Aby of Bothell, Todd (Stephanie) Kent of Santa Cruz, Calif., and his four granddaughters, Kennady Starring, Emily Aby, Frances Kent and Hazel Kent. He is also survived by his sister Karen Loeber of Apache Junction, Ariz. and numerous nieces and nephews.

Phil grew up on a dairy farm near New Plymouth, Ore. in his early years and moved to Nyssa, Ore. when he was 13. He attended Nyssa High School, participated in the band/choir, played football and baseball, and participated in his Jr. and Sr. plays. During his high school years, he started to participate in rodeos. After he graduated from Nyssa High School in 1960, he served in the Air Force for four years as a member of the Search and Rescue team. He was stationed at Wheelus AFB in Tripoli, Africa for two years and then Barksdale AFB in Shreveport, La., until he was discharged in 1964. During his stay in Africa, he helped organize rodeos on the base and participated in both the bull riding and saddle bronc events. After the military, he moved back to Nyssa, Ore. and attended Treasure Valley College studying electronics. While he was in school, he worked at the Albertsons Feed Lot where he met Carol Clucas. They were married in Feb. of 1967 and moved to Connell, Wash. where he worked for the Loeber Wheat & Cattle Ranch. In 1968, they moved to Lind, Wash. where they spent the next 49 years raising their family. He worked for Agri Service and Lind Grange Supply until 1972 when he started working for the J. Boyd Phillips Ranch managing the feed lot and irrigation for the next 15 years. After the Phillips Ranch was closed, he worked at ASMI Corp in Moses Lake where he worked until his retirement in 2002. They spent several more years in Lind participating in various community events until they moved to Spokane, Wash. in 2015 and have lived there for the last 7 years.

Phil was a huge fan of the Seattle Seahawks and the Seattle Mariners. His favorite hobbies were fishing, playing golf, playing pinnacle, cooking BBQ, watching western movies (John Wayne being his favorite) and spending time with his family. One of his favorite things to do was making homemade cinnamon rolls with his granddaughters. He was an active member in the Lind Community serving on the Lind City Council, helping organize the Lind Rodeo – where he also participated in the calf roping and team roping competitions. He was on the Lind Centennial Committee organizing many of the events including his favorite, the Combine Demolition Derby. He was a part of a group of friends who entered a combine for several years in the derby – the men working on the mechanics/repairs and the women decorating. He was a member of the Connell Baptist Church, serving as Deacon. Then, when they moved to Spokane, he became a member of the Christ Fellowship Baptist Church where he also served as Deacon. He attended the men's breakfast every Saturday, where he enjoyed cooking the breakfast. He was a faithful Christian and devoted to his family.

A Celebration Of Life will be held on Dec. 10, at 11:00 at the Christ Fellowship Baptist Church – 16320 E Broadway Ave. Spokane, with a potluck lunch following. In Lieu of flowers, please make donations to the Pacific Northwest Honor Flight.