LRS runs Davenport out of the building in shutout win 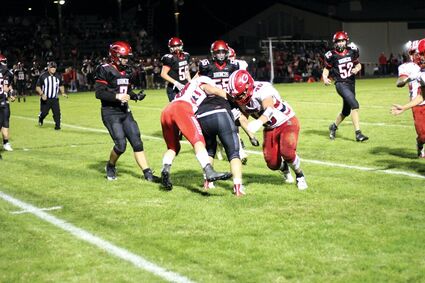 RITZVILLE – The scoring came early and the scoring came often for the Lind-Ritzville/Sprague Broncos when the Davenport Gorillas paid a visit. The scoring was nonexistent on the other side, resulting in a lopsided 40-0 win for LRS Friday, Sept. 23.

Sophomore Brody Boness put LRS in the scoring column with a 49-yard touchdown run after Davenport was forced to punt on its opening drive.

The signs of disaster became apparent for Davenport on the ensuing kickoff, when the ball took a strange hop near the far sideline glanced off senior Brenick Soliday's hands where the Broncos recovered at...