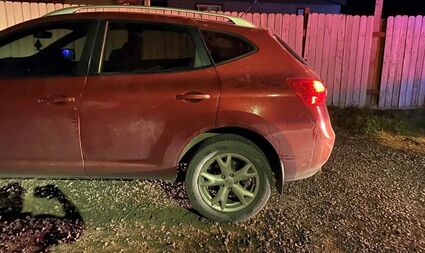 The photo shows a stolen car used to back into and damage a Sheriff's Office vehicle.

The driver and occupants of the stolen car escaped arrest and deputies are asking the public for help identifying the individuals involved.

According to the Adams County Sheriff's Office, deputies simultaneously responded to a reported stolen car and an attempted traffic stop involving the same vehicle on Aug. 4.

As one deputy was taking compiling a report on the vehicle taken from the 2200 block of West Barbara Road, another located the ca...