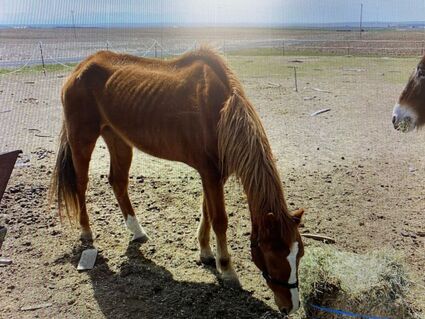 A horse was among those rescued during a search of a property in the 700 block of South Longmeier Road near Lind.

LIND – A local man was arrested on animal cruelty charges after law enforcement officers executed a search warrant at his property April 30.

The property owner was not present for the sea...