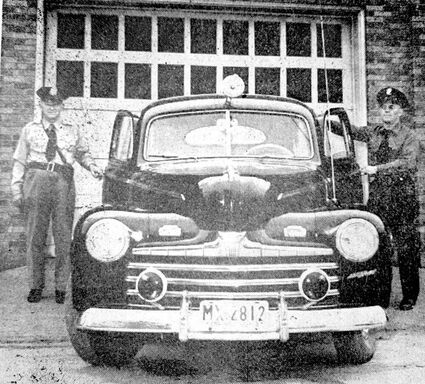 A photo from 75 years ago - Ritzville's two-man city police force, George Oestreich and Chief Arthur Johnson, caught by the camera as they were entering the city police car to start patrol duty.

Thousands of fish killed at lake

Tens of thousands of fish are dead in Cow Lake.

Adams County game authorities believe that during the early winter the lake was dynamited resulting in the killing of the fish. It is estimated there are a hundred thousand fish there, ninety eight per cent of which are carp.

In this respect, the calamity is a blessing to sportsmen because it has been desired to rid the lakes in the county of carp if possible and last year a great deal of seining was done.

The fish are many of them big fellows weighting...