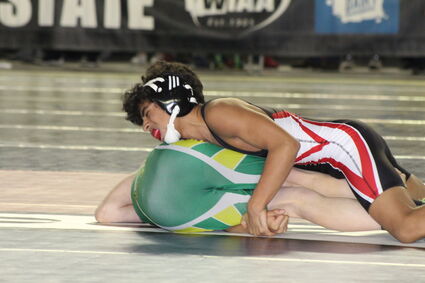 RITZVILLE – Three Lind-Ritzville/Sprague wrestlers have been picked in the Top 15 pre-season rankings in their respective weight classes.

Junior Johnny Ryan is ranked No. 2 in the 113 pound weight class.

During the state tournament, he received a first round bye, won his first match and then lost to eventual state champion Waylon Thomas of Tonasket. In the consolation round he lost to Cody White of Liberty Bell, who ended up fourth at state.

Freshman Tyson Ramsey, who wrestled last year as an eighth-grader,...