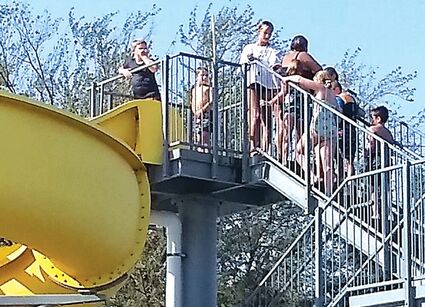 Children climb the stairs for one last slide at the Ritzville Water Park.

She went on to say the park had "pretty consistent attendance all season."

The park operated five days a week, instead of the usual six days, due to staff shortages, she said.

The park was also closed for five days during the summer due to unhealthy air quality, she said.

"We are down to six guards" Kessler said.

Meanwhile, the maintenance and operations tax levy passed in the election earlier this month. The water...